Being invited by Foodirector, an online platform that connecting people with foods, to have a food testing session at a casual restaurant serving chinese islamic cuisine located at Bukit Antarabangsa, Ampang. With a simple dream, Mr. HJ Sharin Low himself and Mr. Mohammad Azimullah have start up this restaurant together to provide authentic chinese cuisines catering Muslim population who cant eat at regular chinese restaurants. This restaurant currently has three diff branches scattered around klang valley area and two more branches will be subsequently opening in cahaya spk and  puncak alam in the near future. Moreover, catering service is available. 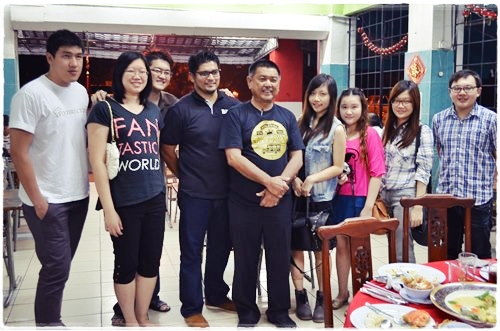 Group photo with the owners 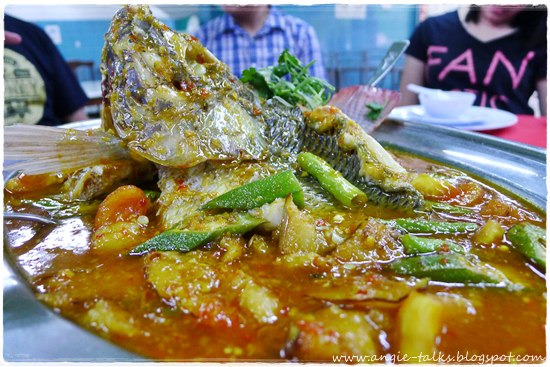 Steamed norway emerald fish with incredibly appetizing nyonya style gravy, a great combination of chinese and malay flavour. The gravy taste sweet and sour with a hint of mild spicy-ness, fish is fresh and this hearty dish gonna be a perfect match for fluffy white rice 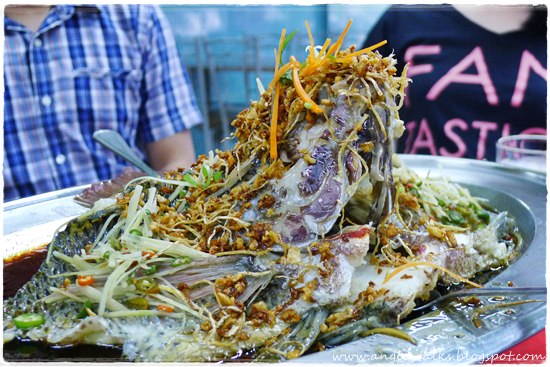 Steamed normay emerald fish in seasoned soy sauce with a bundle of shredded ginger, crispy garlic, and chopped finger chili. Fish is so tender and smooth, according to the owner, this fish is extremely rich in omega 6 fat and is generally much more higher than salmon and trout 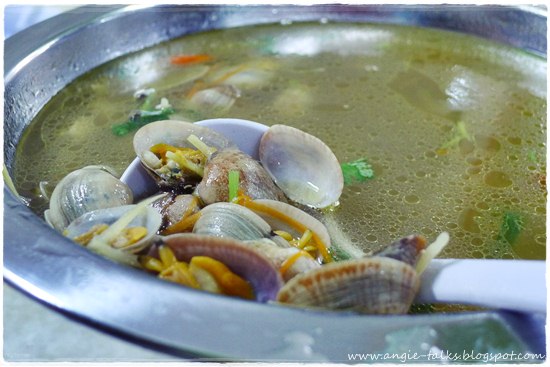 Steamed clams in superior soup (上汤啦啦), honestly not the best one but pleasurably good, the superior soup was pretty addictive with the touch of spiciness and the taste of ginger despite the oily surface 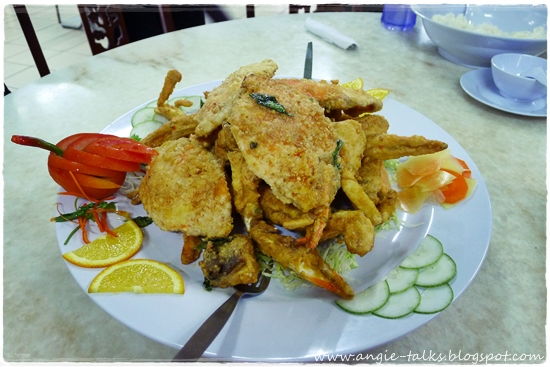 Crispy fried salted egg crabs (咸蛋螃蟹), i would this may be one of the best salted egg crab i ever had, the owner using the 'flower crab' instead of 'meat crab' due to the religious interdiction, every peice was covered with rich and golden-yellowish salted egg yolk batter and was subsequently fried to perfection, leave no excessive greasy feeling in ur mouth 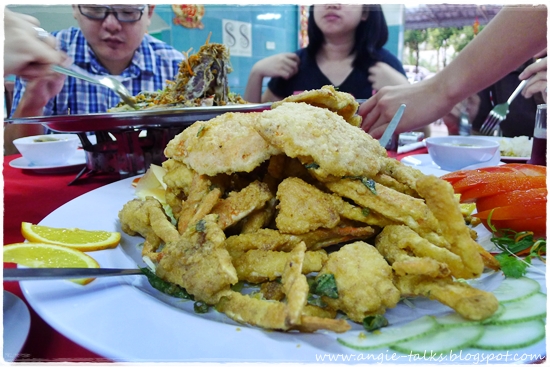 This dish tops my list as one of my favourite foods of the day, i can hardly ever resist this golden crsipy goodness 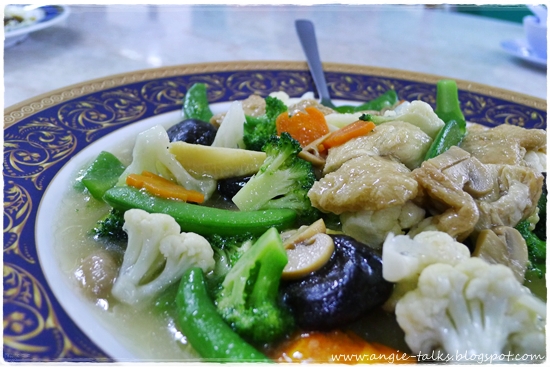 Buddha's Delight (罗汉斋), basically is vegetables stir-fry with other vegetarian ingredient such as beancurd skin, a well known vegetarian option in chinese restaurant and is traditionally served on the first day of chinese new year to represent good luck, i got a neutral comment on this because it taste neither extremely delectable nor pathetically bad. 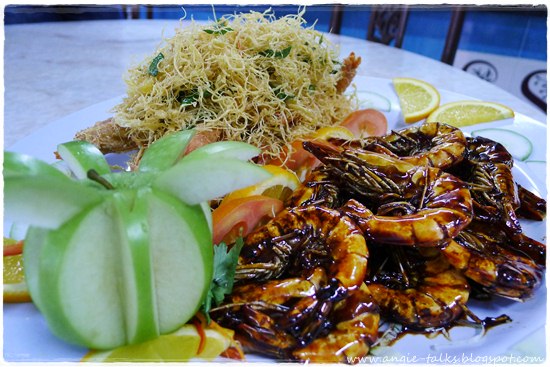 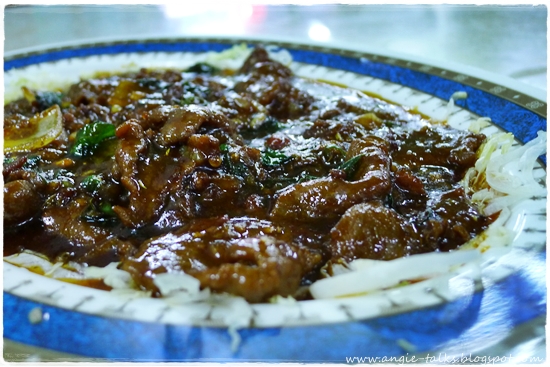 Kam Heong Sliced Beef (干香牛片),  stirred fried beef sliced with dry curry, beef slices were very tender and flavourful, definitely not a jaw-tiring chore to chew, but overall it was a bit too salty for my taste again 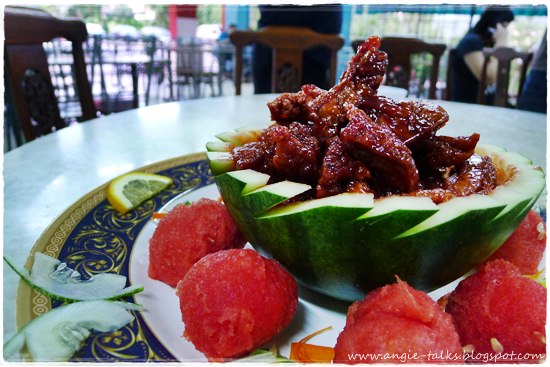 Again my another fav dishes of the day, Champion Chicken (香槟鸡), fried chicken cutlets with white grape juice. Champagne was suppossed to be used as the main seasoning for this dish, and again due to the religion restriction, sparkling juice has indeed became the best substitute for the alcoholic ingredient. Undoubtedly it taste similar like sweet and sour pork that u would find it from most chinese restaurant, and ofcuz, this was totally 'halal' for consumption. 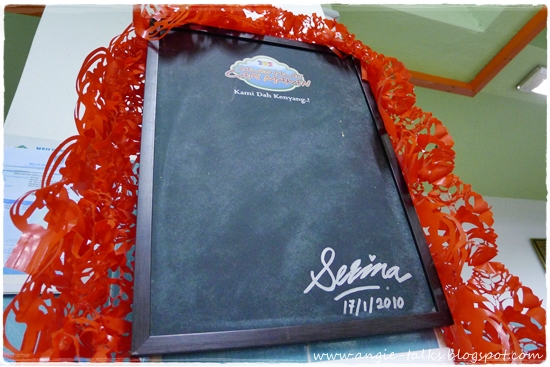 Even daughter of Chef Wan (Msia famous celebrity chef in case u dint know), Serina has visited this place before!!! 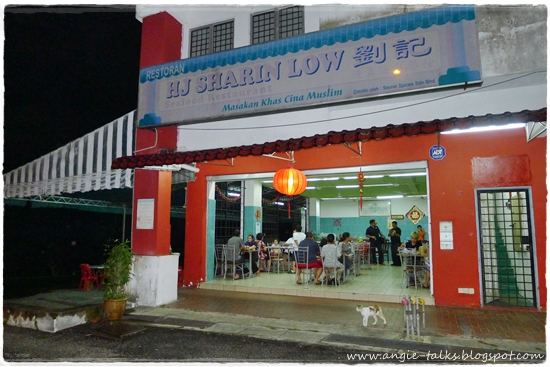 If you have the chance to check out this restaurant, please do so, u will be surprise that it was actually as great as those typical chinese restaurants