As most of the people who knew me shud be knowing that im a k-pop maniac, so this post is related to k-pop as well XD lets not talk about some well-known and notable k-pop groups such as tvxq, big bang, snsd, 2pm, super junior, and etc, some of the rookie groups deserve more love and attention from us since they are full of potential and so effing adorable lor XD Ze:a, a 9 member boy band and infinite(i mentioned in one of the post before), a 7 member boy band recently released their new concept album and as the title stated, it gonna be a battle between them!!! XD


By now, both of the boy bands released their new album, lovability and inspirit on the same day lol.....and here is their tittle songs, 'here i am' and 'nothing's over' with a new and refreshing concept!! looking forward for their another round of battle XD 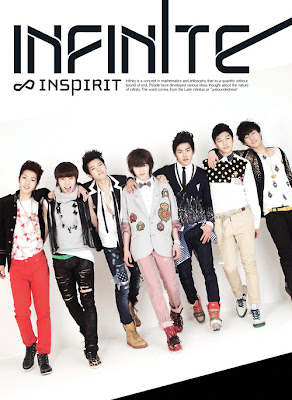 If u have listen to the both songs, pls give me a feedback stating which song u prefer more ya XD thx a lot ><

Email ThisBlogThis!Share to TwitterShare to FacebookShare to Pinterest
Labels: k-pop